What are nutrient biomarkers and can they be used to study nutrition?

myfood24 has been validated against independent nutrient biomarkers, but what exactly are biomarkers? In this article we shed some light on what these biological markers are and why they can be so useful.

Nutritional biomarkers are clues left by your body that reveal the food you have eaten. They are a characteristic that can be measured in different biological samples, such as urine, that can be used as indicators for nutritional status (1). For example, the level of nitrogen in your urine is related to the amount of protein you have consumed in your diet (2). As human beings we are in nitrogen balance, we intake the same amount as we lose. Therefore if there is excess urine nitrogen, it is due to protein consumption.

Exposure biomarkers: used to evaluate dietary intake of nutrients. They can be really useful in helping us improve categorisation of people according to exposure to a particular nutrient. These biomarkers can also be associated to a food group, for example the plasma concentration of alkylresorcinol directly relates to the intake of wholegrains.

Effect biomarkers: related to target functions and biological responses. They reveal the nutrient metabolism and effects on biological and disease processes. This will be due to a range of interactions of various nutrients, not just one nutrient. For example, the metabolism of compounds containing one carbon atom, reflects the metabolic processes related with pathological conditions.

Health/disease state biomarkers: related to our state of health and/or disease risk. Very useful in clinical practice, they indicate disease phenotypes and the severity of disease. For example, levels of fasting glucose can be associated with diabetes.

Although biomarkers are more reliable and accurate than food diaries, they are expensive and invasive. This means that they can’t be conducted on a large-scale and therefore are not suitable for epidemiology studies. However, tools such as myfood24 can be used on a large-scale and has shown similar results to the traditional interview-led recall which is more costly and time-consuming to conduct (3).

To validate myfood24, urinary and plasma biomarkers were used (3). Participants were asked to complete myfood24 over a 24 hr period and, in addition to this, urine and blood samples were taken. The nutrient composition calculated from the diary was then compared with that calculated from biomarker data. Compared with interview-led recalls, myfood24 showed a similar correlation to the biomarker nutrient values, but is less costly and labour intensive than interview-led recalls. Therefore, myfood24 is a more effective tool for large scale studies. 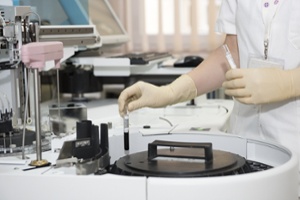 Chemical biology PhD student at the University of Leeds. Working with myfood24 on a 2 month marketing internship.