After months of development, we’re excited to announce that the Arabic version of myfood24 is now available and ready to support nutritional analysis in the Middle East! 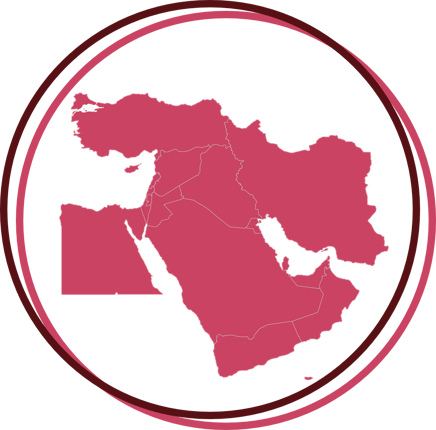 In collaboration with the University of Leeds, Dietary Assessment Ltd. has set out to create a trusted, accurate tool to enhance nutritional assessments in the Middle East for research.

Believed to be the first of its kind, the Arabic version of myfood24 provides an online and mobile optimised solution with a unique country-specific database appropriate for use in the Middle East to alleviate common problems encountered within epidemiological research.

“Middle Eastern countries often had to use generic food composition databases from other countries, including the UK and the USA since food tables of local dishes were limited.

“Traditionally, time-consuming interview recalls, or paper-based food frequency questionnaires have been used to estimate nutrient intakes in the region. With the wide reach of mobile phones and new technologies, at over 80% in terms of smartphone penetration in the Middle East, the time is right to provide an alternative, validated approach.”

The solution has been tailored to address the lack of country-specific databases and tools to effectively analyse diet and nutritional intake in Middle Eastern areas, and our teams have further collaborated with local nutritionists from the regions to ensure the Arabic version is truly representative.

The database covers 122 macro- and micro-nutrients, including vitamins, minerals, and fatty acids, and the software contains a series of food portion images for 128 items to help participants recall portion sizes accurately.

The result is a high-quality and comprehensive database, suitable for research use.

Evidence shows that obesity and related non-communicable diseases are on the rise in these regions, and Prof Cade hopes that “by supporting tracking of food and nutrient intakes, we can help researchers and individuals understand more about what is triggering this change and potentially encourage interventions to adopt healthier eating patterns.”

Prof Janet Cade added that myfood24 Middle East is an “exciting opportunity” to support researchers and for future use by educators and clinical teams.

myfood24 aims to provide more efficient ways to analyse diet and nutrition without compromising on accuracy.

The tool, initially created at the University of Leeds by Prof Janet Cade, is backed by robust and evidence-based methodologies and has been validated against a suite of independent nutrient biomarkers.

Since then, myfood24 has developed to enhance epidemiological research on a global scale.

myfood24 has been adapted for use to standardise dietary assessment in Germany and has been used as part of multiple studies to support Danish research into cancer, analysing nutritional intake in the Norwegian population and improving dietary habits in women with Gestational Diabetes in the UK.

If you’re interested in collaborating on a new country-specific version of myfood24, we’d love to hear from you.

Please email us at: enquires@myfood24.org or get in touch using our contact form.

Kiya Cussans is Marketing Assistant and an NCTJ trained journalist with a BA (Hons) in Journalism from Nottingham Trent University.